A bit ashamed, I admit I'm a late bloomer. The SharePoint 2013 Preview was published while I was bathing under the Greek sun, completely oblivious of what was going on in the technical world. And once I was back, I was hit by a  load of other stuff and... oh, I know, lame excuses. I did get a couple glimpses of the new SharePoint already, and I have read several articles about it, so I'm not completely clueless. But only today did I get around to setting up my first SharePoint 2013 Preview server. If I may say, not a bad timing though, for I now got to use the WinServer 2012 RTM for the installation.

As for now, I'm using VMWare 8.0.4 as my virtualization platform, as for now also running on top of Win7 (upgrading to Win8 in progress, currently in planning stage). My poor laptop only has 8GB of memory so my virtual machines are limited to far less RAM than e.g. SP2013 would actually like to have, thus one of my first experiences with my brand new SP2013 farm was this polite notification:

as I was running (eh, crawling ;) ) the server through the farm setup wizard. Somehow much more humane and sympathetic than the donut or the "SharePoint sun" of the previous versions. My initial reaction to this was "Aww, don't worry, I'm sorry to provide you with so little RAM!" which changed into a more impatient "oh c'moon! can't be that hard!" after a good five minutes of waiting. Albeit, I was putting my server through VisualStudio2012 installation at the same time.

The installation of WinSrv2012 was a smooth experience, much like installing Win8 (yes, I do have that too on a virtual machine, though not on my host). But my first attempt at getting the VM up and running failed miserably when I tried to install the VMWare Tools. They installed. To an extent. But then the Windows went black. And stayed black. No rollback, no nothing. New VM it was. And no VMWare Tools this time.

After that, a just as smooth (but lengthier) installation of SQL2012. Nice :) On to SharePoint Prerequisites. Now that was a bit of a nuisance. Not in itself, but installing from a network drive, it thoroughly messed up the restarts and was not able to continue after them, so it was a bit of manual manouvering. But succeeded eventually.

So, on to SharePoint 2013 Preview, finally. The installation experience was just like 2010.

After the installation, one of the very first interesting little things I ran into, was the selection of the experience version when creating a site collection: 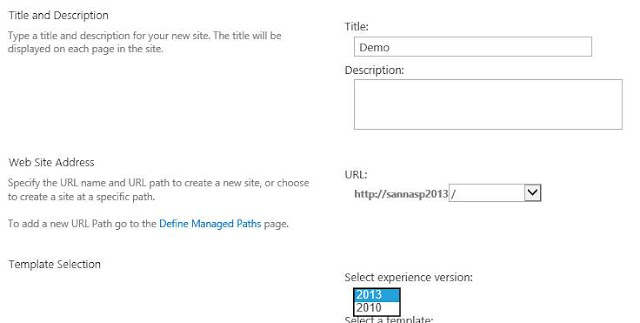 I had read about it already, I knew it was there somewhere implemented in some way, but didn't know where. I had somehow assumed it to be something more like the visual upgrade of 2007->2010, hidden in settings etc. But it was right there, in the site collection creation form.

The next thing I got, though, was not what I expected to get. It was a bit disheartening really:

Though a polite error message is definately nicer than a blunt one, it doesn't matter how sweet and sympathetic the error message is, it's still an error message. And, Schema? What do you mean XML Schema is wrong?! Not my doing! So, what now?

Not really having a clue as to why this error occured or what should be done about it (and not about to dig into it right there and then), I re-ran the Configuration Wizard, not changing anything, and then the Farm Setup Wizard as well. That did do the trick, but left me wondering a bit. And another thing: I kept getting errors whenever I tried to create a site collection in the default WebApp (port 80), so finally I created a new WebApp and had a site collection up in no time.

After a bit of a rough start, I finally had my farm and first site collection all set up, time to explore the SharePoint a bit. Central Administration, with my initial scan, seemed to be pretty much as it used to be, see for yourself:

But the actual site, what the user is presented with? That's a whole lot different from the old!

I quite like the new sleek look of the Team site, with the Win8-style tiles and all. 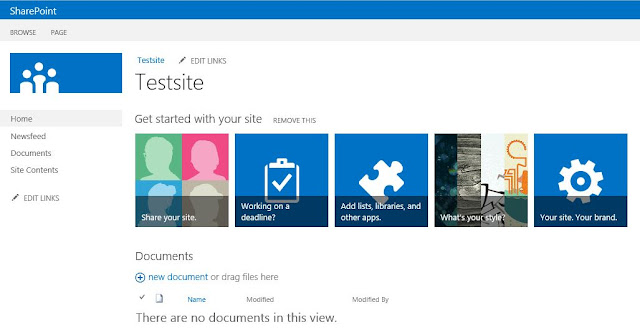 The option to do things like drag documents to the library right there on the page, or edit navigation links straight from the page add a nice touch. 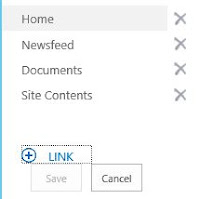 In addition to this, the biggest changes for the average user and content manager are, in my opinion, the SkyDrive etc. instead of My Site, and all the new sharing links etc. and the SharePoint Apps. 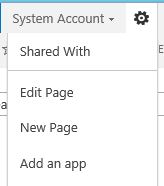 The default SharePoint Apps are essentially the same as creating new lists and libraries to the site. You don't create anything anymore (did I look for that for a while the very first time I was fiddling with the SP2013!), you add apps, as is sort of appropriate in these app days we are living in nowadays. 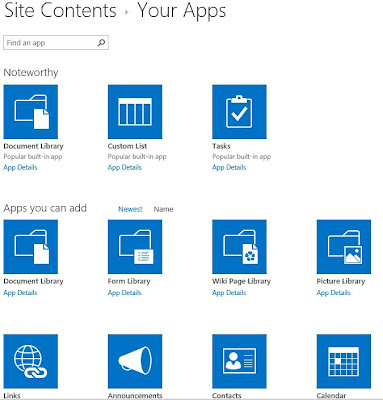 Where it really gets interesting though is the SharePoint App store I have so far only read about. But here it is, ta-daa: 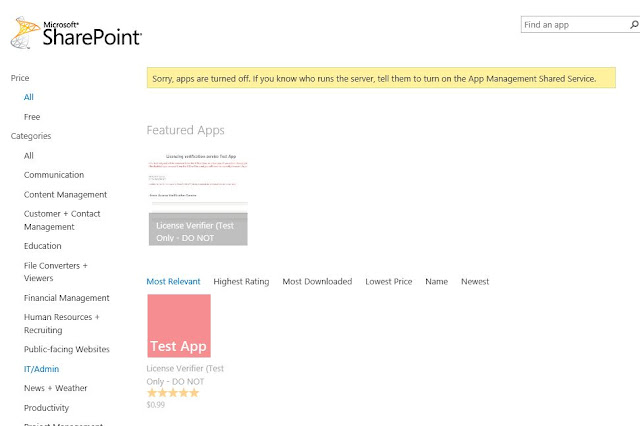 With an old SharePoint logo, at least for now, hmm.

Still, the biggest interest for me is definately what's under the layer of paint. The HTML base, the MasterPages, the JavaScript, UI development in general. And definately the Design Manager! And new SharePoint Designer, too. Those I did not get to explore thoroughly quite yet myself - so far I have only been reading about them. But as soon as I have proper first hand experience, I will be blogging about them too, all in good time.

*Working on it... Sorry to keep you waiting.*